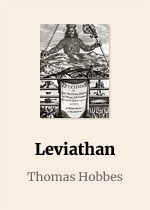 Leviathan or The Matter, Forme and Power of a Commonwealth Ecclesiasticall and Civil, commonly referred to as Leviathan, is a book written by Thomas Hobbes (1588–1679) and published in 1651 (revised Latin edition 1668). Its name derives from the biblical Leviathan. The work concerns the structure of society and legitimate government, and is regarded as one of the earliest and most influential examples of social contract theory. Written during the English Civil War (1642–1651), it argues for a social contract and rule by an absolute sovereign. Hobbes wrote that civil war and the brute situation of a state of nature (“the war of all against all”) could only be avoided by strong, undivided government.

Thomas Hobbes (5 April 1588 – 4 December 1679), was an English philosopher, considered to be one of the founders of modern political philosophy. Hobbes is best known for his 1651 book Leviathan, in which he expounds an influential formulation of social contract theory. In addition to political philosophy, Hobbes contributed to a diverse array of other fields, including history, jurisprudence, geometry, the physics of gases, theology, and ethics, as well as philosophy in general.

“Hell is truth seen too late.”

“For such is the nature of man, that howsoever they may acknowledge many others to be more witty, or more eloquent, or more learned; Yet they will hardly believe there be many so wise as themselves: For they see their own wit at hand, and other mens at a distance.”